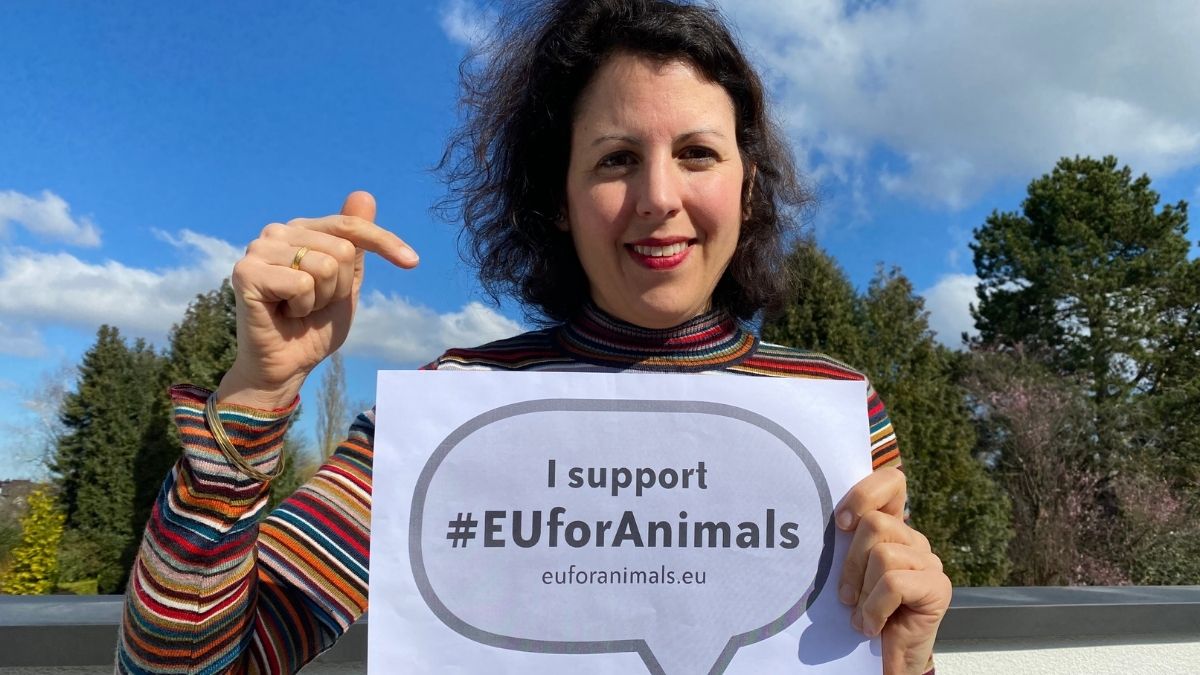 Posted at 15:15h in Nicht kategorisiert by ManuelaRipa

Marking the sixth anniversary of the killing of Cecil the lion by an American trophy hunter, animal and nature protection NGOs, members of the European Parliament, and conservation experts from South Africa, Zimbabwe and Kenya are calling on the EU to ban the import of hunting trophies. In a webinar, Humane Society International/Europe discussed a new analysis of trade data revealing that the European Union is the world’s second biggest hunting trophy importer after the United States, importing nearly 15,000 hunting trophies of 73 internationally protected species between 2014 and 2018.

The issue of trophy hunting has become increasingly controversial over the past decade not simply for the animal cruelty, but also due to concerns about the biodiversity crisis. Momentum is growing to take action to curb hunting trophy imports. France banned the import of lion trophies in 2015 and the Netherlands banned trophy imports of over 200 species in 2016. In Germany two political parties (Greens and Left) have included a trophy import ban in their party manifestos.

The webinar, held in collaboration with the European Parliament’s interest group MEPs for Wildlife, Humane Society International/Europe, Born Free Foundation, Eurogroup for Animals and Pro Wildlife, explored how trophy hunting places unsustainable pressure on endangered and other imperiled species, and whether this practice really does make a significant contribution to wildlife conservation as claimed by its proponents.

“It is crucial that Members of the European Parliament address the issue of the killing of wild animals, endangered or otherwise, purely for the purpose of procuring trophies to hang on their walls. Especially in the wake of the EU Biodiversity Strategy it is important to consider the impact that European citizens travelling to far-flung destinations solely to shoot and bring home animal body parts may be having on wild animal populations elsewhere around the world. Instead of having tightly regulated trophy hunting, I pledge for tightly regulated ‘photo hunting, which  would have a bigger benefit for species, support ecosystems and the communities involved. I strongly urge the European Commission to address the issue of trophy hunting in its upcoming evaluation of the EU Action Plan against Wildlife Trafficking.”

“The shocking role of European citizens in global trophy hunting should not be underestimated. Humane Society International’s new EU Trophy Hunting by the Numbers report reveals that shockingly the EU imported nearly 15,000 hunting trophies from 73 species between 2014 and 2018, despite them being protected under the Convention on International Trade in Endangered Species (CITES). It is shameful that the EU is the world’s second largest importer of hunting trophies, bringing in almost 3,000 trophies every year, including African lions and elephants, black rhinos, leopards, zebra, cheetahs, lynx and polar bears. Germany, Spain and Denmark account for 52% of all imported trophies, and the trade data shows that trophy import numbers have actually steadily increased by almost 40% during the period studied despite opinion polls showing that the vast majority of EU citizens oppose the gratuitous practice of killing wild animals for pleasure, display and bragging rights.  The only way we should be shooting wild and endangered animals is with cameras, not guns or arrows.”

“Born Free is ethically opposed to the hunting or killing of any animal for sport or pleasure. We also challenge the claims made by proponents of trophy hunting that it delivers significant conservation and community benefits, or that it positively contributes to the sustainable use of wildlife. Studies have consistently shown that trophy hunting does not provide a significant source of income to rural people, and certainly pales in comparison to other wildlife-related activities such as ecotourism. The killing of animals by trophy hunters also causes immeasurable animal suffering, and negatively impacts wildlife conservation by removing individual animals that are key to their populations. The trophy hunting industry is wracked by corruption, with excessive quotas being set that are often exceeded. We urge European nations to take action to stop their citizens jetting off to exotic locations to kill and imperil wild animals elsewhere in the world.”

“The trophy hunting practice of primarily removing the largest and most physically impressive animal specimens, puts species conservation in jeopardy, disrupts social herd structures and weakens gene pools of species that are already threatened. In a time of global biodiversity crisis, it is urgent for the EU and Member States to acknowledge that it is irresponsible to allow rich elites to shoot endangered species for pure pleasure, and finally ban the import of hunting trophies. We need to move away from the unethical consumption of wildlife and look at how the EU can instead encourage and reward investment in wildlife so that concrete and significant benefits can be achieved by local communities through its non-consumptive and ecologically sustainable use. Wild animals should be worth more to these communities alive than dead.”

“Germany has the dubious honour of being the top importing nation for hunting trophies in the European Union. It is sickening that a very small minority of my fellow German citizens still enjoy travelling to faraway places to kill animals for fun, pose with their dead bodies for tasteless selfies and hang their body parts on the walls back home. Trophy hunting is not only cruel and unnecessary, but it also poses a significant risk to wildlife conservation and biodiversity. The majority of EU citizens, including Germans, are opposed to the unethical practice of killing wild animals for trophies. It is time for Germany and other EU Member States to act and prohibit the import of hunting trophies.”